When you place two subwoofers in the same enclosure, the air that is present between them will be shared. This indicates that each subwoofer will function in the same manner as if it were contained within its own individual box.

On the other hand, this might not be the case if the subwoofers are not identical and do not receive the same signal.

Let’s get down to business and see how two subwoofers may coexist in the same Airspace without causing disruptions. 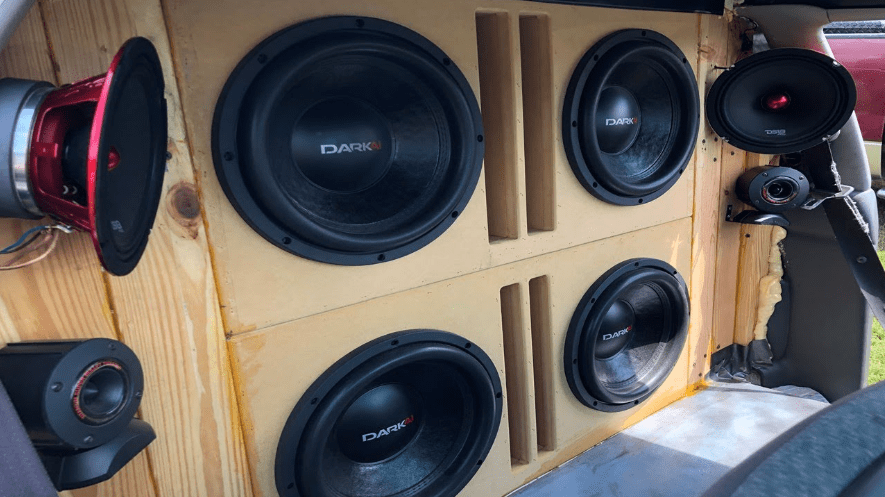 The answer to your question about whether or not subwoofers can share Airspace is that they can. In point of fact, it is frequently a good idea to do so because doing so can help the bass response of your system.

There are a few factors to keep in mind while using subwoofers that share the same Airspace as each other. To begin, you will want to check that the subwoofers are the appropriate size for the system and that they are able to withstand the required level of power.

Secondly, you will need to pay close attention to the way in which the phase of the subwoofers interacts with each other. And finally, you will need to experiment with various positions to see which one produces the sound quality you want in your listening space.

When Does A Subwoofer Enclosure Get Divided?

If you intended to use a single subwoofer box to house many subwoofers, then and only then would you consider separating the interior of the box into multiple chambers (ignoring bandpass enclosures).

One subwoofer would be housed in one chamber of a divided enclosure, which would consist of a larger box containing multiple smaller boxes.

The number of subwoofers that can fit in the box will determine the number of chambers that are included in the enclosure.

Let’s imagine we have access to a structure that contains two rooms. The box has had its side chopped off so that it may accommodate a pair of subwoofers. Both chambers would have subwoofer, with Chamber 1 having one and Chamber 2 having the other.

Now, contrast this with a subwoofer box of the same size but without a partition in it. Both subwoofers would occupy the same space within this enclosure for the subwoofers.

If Chamber #1 and Chamber #2 were combined into one space, the resulting dimension would be the same as this individual chamber.

If we assume that the two subwoofers are identical and that they receive the same signal, there is not much of a difference between them.

Let’s imagine that every subwoofer requires an air space that is one cubic foot in size.

When it comes to the subwoofer, it does not make a difference whether that air space originates from one chamber or two.

On the other hand, this will not be the case if the subwoofers are not identical and do not receive the same signal.

For instance, if you play music through your subwoofers in stereo or if you use subwoofers of varying brands, you will notice a difference (neither of which is recommended).

Should a wall be placed in the space between a subwoofer enclosure, then? In the event that both of your subwoofers are identical and receive the same signal, you have the option of dividing the enclosure into two separate compartments.

It won’t have a negative impact on the system as a whole or on the enclosure itself. This is especially the case with enclosures that have the shape of a rectangle.

Long enclosure sides need to be supported in order to prevent undue bending. You might as well make use of one of these braces as a separator, given the fact that they are going to be there anyhow. I propose dividing an enclosure if you can.

It’s possible that I won’t divide the box at all if it’s going to be created with curves, like a fiberglass box. This is because there is a chance that the curves of the enclosure will not align with the curves of the divider.

While some people appreciate having the partition, others do not. In a fiberglass enclosure, bracing is also rarely employed for the same reason as the previous point. The box can have more fiberglass mat put to it in order to make it stronger and prevent it from bending.

Which Would Be Better, Shared Or Separate Enclosures?

The majority of individuals agree that each sub should have its own enclosure.

Which Is The Better Choice?

If you have combined or shared Airspace, even if one of your subs stops working, the other one can continue to play in an area that is twice as big as when both of them are working.

Then, you’ll reach Xmax at a reduced wattage, which could be disappointing if the sub continues to receive the same power.

If your subwoofers are connected in parallel, this usually won’t be a problem because the one that’s left will only get around half of the original power if you’re using an amplifier that depends on ohms.

However, this could be a problem if your subwoofers are not wired in parallel. Separate containers eliminate the possibility of this happening, perhaps where the proverb “separate is better” started.

How Do You Calculate The Amount Of Air Space Required By Subwoofers?

Each subwoofer requires a varied quantity of air space since the size of the woofer determines the amount required.

A larger subwoofer will almost always call for larger Airspace to accommodate it. This results from the fact that a larger subwoofer requires more air to perform effectively to produce sound.

The most accurate method for determining how much air space your subwoofers need is to use a box calculator.

This will take into account the size of your woofers and provide you with information regarding the optimal size of your enclosure.

Does Sharing Airspace Hurt A Subwoofer?

Sharing Airspace won’t harm your subwoofers in any way, so don’t worry about that. In point of fact, it can assist them in producing a higher quality of sound.

Each individual subwoofer will have its own enclosure even when they are placed in the same air space as one another.

This ensures that each subwoofer will be able to produce sound independently of the others, without interference from the other subwoofers. It’s possible that doing this will help your subwoofers sound even better. 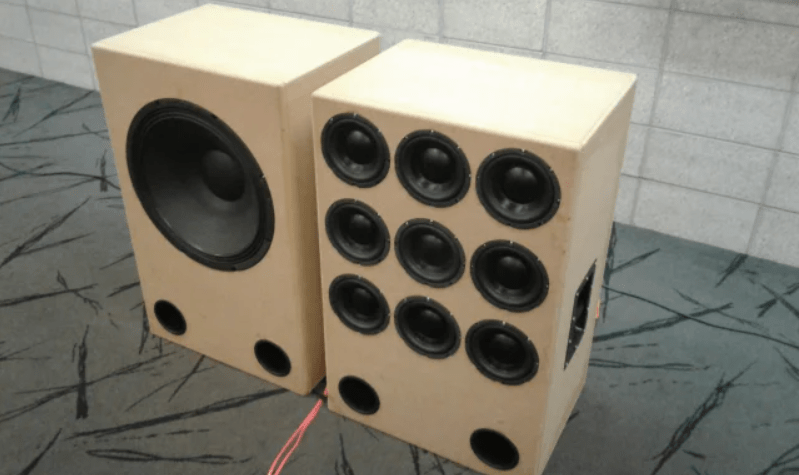 In an enclosure with ports, if you have two subwoofers that share air space, each subwoofer will have its own port.

This ensures that each subwoofer will be able to produce sound independently of the others, without interference from the other subwoofers. It’s possible that doing this will help your subwoofers sound even better.

Can You Have More Than Two Subs In A Shared Enclosure?

It is possible to fit more than two subwoofers into the same enclosure; however, doing so is not recommended.

This is a result of the fact that the increased likelihood of subwoofers interfering with each other increases in proportion to the number of subwoofers contained within an enclosure.

This may result in issues with the sound quality. If you decide to put more than two subwoofers in the same box, then you need to make sure that they are all the same model and have the same amount of power. You can contribute to the reduction of the likelihood of interference if you do this.

If you ensure that you adhere to these straightforward recommendations, you can be certain that your subwoofers will be able to share Airspace without encountering any difficulties.

If you do this, you will be able to improve the sound quality of your system as well as get the most out of your subwoofers.

To ensure that nothing will go wrong, you have a number of different choices open to you to make absolutely certain that your subwoofers will have no difficulty occupying the same Airspace simultaneously.

Your system will benefit from this, as it will sound better, and you will be able to achieve the best possible results from your subwoofers.

Two drivers of the same kind are able to use the same enclosure without any issues, but they require twice power as much space as a single driver would.

Because each driver has their own behavior (TSP) and needs to be adequately aligned, it is impossible for two distinct drivers to work as well together as one does.

Because of this, you should place two subwoofers in the same enclosure, each with the same amount of power.

But regardless of this, utilizing two distinct enclosures will invariably result in improved performance. Conducting an experiment is the one and only approach to finding out what will take place. Construct both, perform the necessary measurements, and you will have your answer.

No comments to show.

Gorillaspeakers.com is a blog where you will get everything about speakers including different guides, reviews, comparisons, and much more. If you are a real fan of bass just like me then this is the best place for you to get knowledge.

Gorillaspeakers.com is a participant in the Amazon Services LLC Associates Program, an affiliate advertising program designed to provide a means for sites to earn income through advertising and linking to Amazon.com and its partners